So, I bought Revlon Photo Ready foundation. I've done lots of research and have finally decided to try it. I've read good reviews and bad reviews.
Most seem to say it's OK for skin on the dryer side, and considering that is my skin right now I'm giving it a go!
It's been compared to MUFE HD foundation and Nars Sheer Glow, both on the pricey side and never tried by me.

Lately I've been noticing how matte my face looks after I apply my Revlon ColorStay and Smashbox Halo powder. I've been trying lots of things to get the just-right amount of glow. I don't want to look like a disco ball but I want that healthy glow. My bronzers both light and medium aren't doing it and neither is the Tarte Cheek stain (review on that to come?).
So here we are at Revlon Photo Ready. I tried it today for the first time and i think I like it. First impressions are: there is a mysterious glow without any shine at all! It's weird. The shade I chose is Shell (the second lightest) and it may be too light. The next darkest shade (Nude?) was going to be way too dark, I could tell through the packaging. I may buy it and mix the two together.
The pump is the most genius thing ever.
My only gripe is it does settle into my pores (I've recently become "porexic"). I would say, compared to ColorStay, it settles about the same. Not great but I can live with it. I should say under the foundation I'm using a silicone based primer and Clinique Pore Minimizer.
Still have to test the staying power at work. That's the true test....sweat! I'll update after a few work days.
Posted by The Frustrated Fashionista at 4:07 PM 2 comments 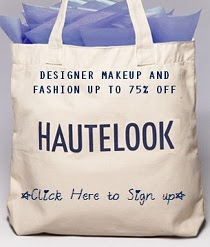